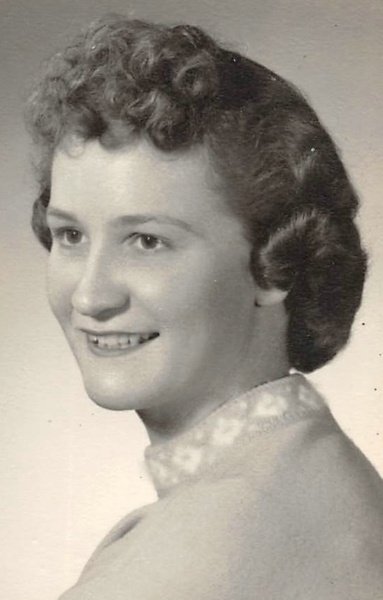 Barbara Jean Longendelpher, 78, of Covington, passed away Thursday, July 5, 2018, at the Hospice of Miami County Inpatient Unit.  She was born September 16, 1939, in Hartford County, North Carolina, to the late Joseph and Illma (Lassiter) Phelps.  She married Terry L. Longendelpher on November 28, 1959; he preceded her in death on August 1, 2007.

Barbara will be missed and remembered by her three children, Felicia (Joe) Gloyd of Bradford, Tony (Latonda) Longendelpher of Jacksonville, Fla., and Wendy Smith of Troy; 11 grandchildren; 14 great-grandchildren; a special cousin, like a sister, Judy Williams of Aulander, N.C.; and close family friends, Belinda Lowry, Randy Yingst, and Faith Sheridan.

Barbara was a 1957 graduate of Covington High School and had been a member of the Covington United Church of Christ.  She worked for many years at Beener’s Supermarket, Quality Forms, and retired from Hammer Graphics.  She was an activist for and lover of animals, especially her dogs Daisy and Diesel, as well as many cats.  She will be remembered as a second mother and grandmother to numerous kids in the Covington area, loving and welcoming many children into her home as if they were her own.

A funeral service will be held at 10 a.m. Monday, July 9, at Moore Funeral Home, 10 S. High St., Covington, with Pastor John Mize officiating.  Burial will follow in Miami Memorial Park.  Friends may call from 2-5 p.m. Sunday at the funeral home.  Memorial contributions may be made to Hospice of Miami County, P.O. Box 502, Troy, OH 45373.  Online condolences may be left for the Longendelpher family at www.moorefh.com.

To order memorial trees or send flowers to the family in memory of Barbara Longendelpher, please visit our flower store.