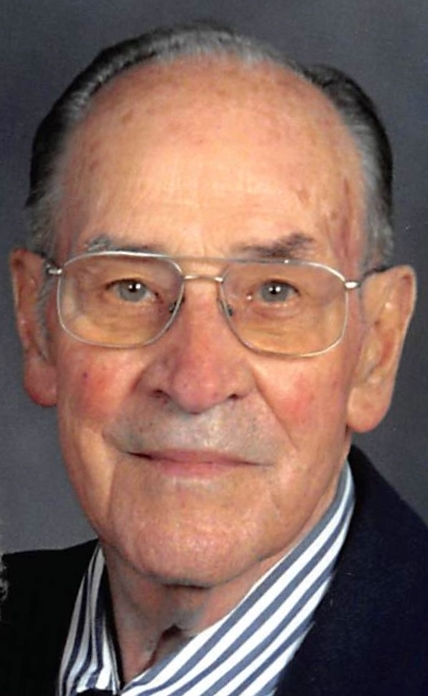 Bill was a member of St. John’s Lutheran Church of Covington and retired as a truck driver for General Highway.  In his retirement, he worked as the Covington Park Superintendent.  Bill was a member of the former Stillwater Grange and Teamsters union.  He enjoyed square dancing, camping, woodworking, and playing sports in his younger days.  He built his own home on North Pearl Street from the foundation up, and lived there for 67 years.  Bill will be remembered as a hard-working man who loved and cared for his family.

Funeral services will be held at 11:30 a.m. Wednesday, January 8, at Moore Funeral Home, 10 S. High St., Covington, with Pastor Jon Dillon officiating.  Burial will follow in Miami Memorial Park.  Visitation will be from 10-11:30 a.m. Wednesday at the funeral home.  In lieu of flowers, memorial contributions may be made to Hospice of Miami County.  Online condolences may be left for the Leistner family at www.moorefh.com.

To order memorial trees or send flowers to the family in memory of Billy Leistner, please visit our flower store.