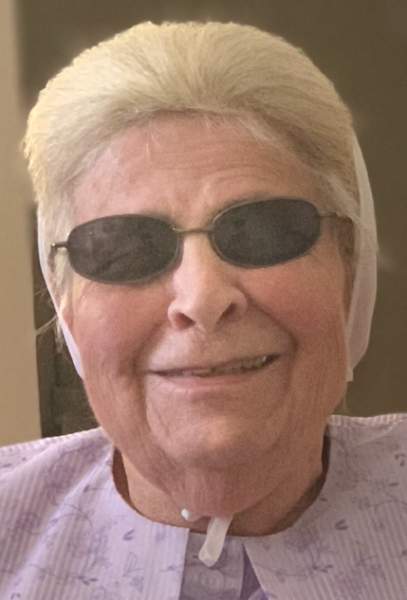 Carmen Enid (Blocher) Skiles, 95, formerly of Gettysburg, passed away peacefully Monday evening, August 17, 2020, in Monkey Island, Oklahoma, at the home of her daughter, with whom she was lovingly cared for since March 2020. Carmen was born February 14, 1925, in Laketon, Indiana, to the late James Daniel and Stella May (Brubaker) Blocher. She married Marion James Skiles on March 24, 1967 in North Manchester, Ind.; he preceded her in death on April 30, 1998.

Carmen was born legally blind and lost all of her sight, including light perception, in her early teens. She was a graduate of the Indiana State School for the Blind and worked for Chicago Transformer for 10 years before she was married. After marriage, she was a homemaker, as well as a loving wife and mother. Carmen loved to extend Christian hospitality and others marveled at her ability to organize and serve meals in her own home. She and her husband served as foster parents for many years, and were foster parents for eight years to a special foster daughter, Christine Crose. In her declining years she sought to be useful to others and spent many hours crocheting pot holders and breaking green beans. Carmen was baptized into the Old German Baptist Brethren Church on October 18, 1952, to which she remained faithful until death, currently as a member of the Oak Grove District.

An outdoor service will be held at 11 a.m. Monday, August 24, at Oakland Cemetery, Martin Road, Gettysburg, with the Home Brethren officiating. Friends may call from 3-5 p.m. & 6-8 p.m. Sunday at Moore Funeral Home, 10 S. High St., Covington. Online condolences may be left for the family at www.moorefh.com.

To order memorial trees or send flowers to the family in memory of Carmen Skiles, please visit our flower store.