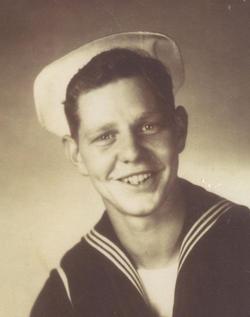 
Age 85 of Covington, passed away Monday, March 12, 2012, at his home. He was born December 13, 1926, in Piqua, Ohio, to his parents James & Bertha (Floriaka) Rice. He attended Piqua High School, graduated from the University of Dayton, Pre-Med, and later graduated from Ohio State University Medical School. He was a US Navy Veteran serving during WWII as a Combat Air Crewman. On June 14, 1958, he married Katherine Ruth Trafford and together shared a life for 54 years. He worked as a general practice physician in Covington for 40 years and was on the medical staff for Piqua Memorial Hospital (UVMC) until he retired in 1999. He served as a Scout Master for Troop 343, Covington for many years and was an active pilot since 1966 flying in his prized 1948 Navion into his 80's. Dr. Rice will be remembered and missed by his loving wife Katherine; sons Steven L. & Gina Rice of Beavercreek, Eric W. Rice & fiancé Amy Kunkel of Troy; granddaughter Angeline Catherine Rice of Troy; sister Ann Garrett of Sidney; brother Ray Peck of Thunder Bay, Ontario, Canada. He was preceded in death by sister Wanda Jennings and brother Bob Rice. A celebration of Dr. Rice's life will be held 6:30 PM Thursday, March 15, at Jackson-Sarver Funeral Home, 10 S. High Street, Covington. If so desired, memorial contributions may be made to the Boy Scouts of America, 4999 Northcutt Place, Dayton, 45414. Online memories may be left for the family at www.jackson-sarver.com

To order memorial trees or send flowers to the family in memory of Donald Rice, please visit our flower store.