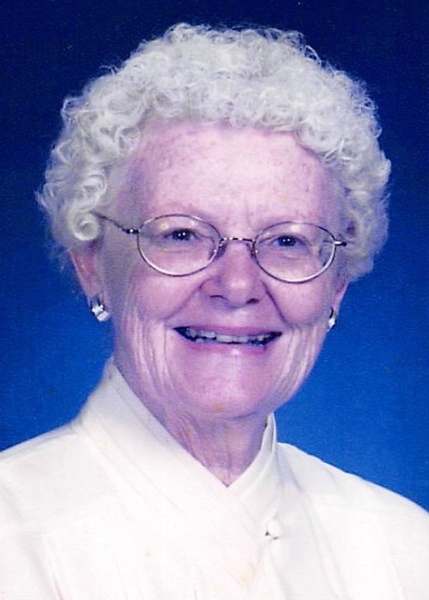 Doris is survived by her son, Robert Tobias of Edmond, Okla.; her daughter and son-in-law, Nan Tobias (Charles Schmidt) of Edgewood, Ky.; two grandchildren, Samuel (Angela) Schmidt and Anna Tobias; her brother-in-law and sisters-in-law, Robert (Janet) Tobias of Covington and Patricia Basham of Rapid City, S.D.; and several nephews and a niece.

Doris was a 1951 graduate of Covington High School and earned her diploma from the Miami Valley Hospital School of Nursing. She began her career at Miami Valley Hospital after graduation, and then started at Dettmer Hospital on March 1, 1956 as an obstetrical and surgical nurse, and later as a night supervisor and associate director of nursing. She was proud to have been able to provide care for polio patients that required iron lungs in the 1950s. Doris retired from Dettmer on October 21, 1987. She was a member of the Covington United Church of Christ and currently attended St. Paul’s Church, Piqua. She enjoyed playing bridge, playing sports in her younger days, and she and John had traveled extensively during their retirement.

A private graveside service and burial will be held in Highland Cemetery, Covington. There will be no public visitation. Memorial contributions may be made to Paralyzed Veterans of America or St. Paul’s Church of Piqua. Arrangements are in care of Moore Funeral Home, Covington. Online condolences may be left for the Tobias family at www.moorefh.com.

To order memorial trees or send flowers to the family in memory of Doris Tobias, please visit our flower store.