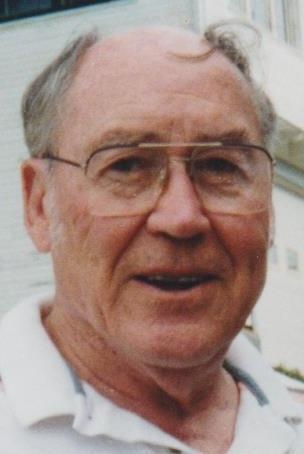 Dr. George Ellsworth Hall, 88, of Covington, passed away Friday, January 29, 2016, at the Covington Care Center.  He was born April 10, 1927, in Washington Court House, to the late George Rufus and Ilo Icy (Morris) Hall.

Dr. Hall grew up in Washington Court House, where he worked on a paper route and mowed lawns.  He graduated from Washington High School and served on the W.C.H. Fire Department.  Upon graduation, he served in the U.S. Army Air Corps during World War II.  After his service to the country, he worked at Frigidaire in Dayton to finance his college education.  George graduated with his undergraduate and doctorate degrees from The Ohio State University.

After a brief time working with Powell & Associates in Dayton, George decided to make his life in a smaller community.  He came to Covington in 1954 and opened his optometry practice, serving thousands of area patients during his 48-year career.  Dr. Hall never left Covington, retiring in 2001.

Dr. Hall was a member of the Covington Christian Church, and professionally had served on the Board of Examiners for Optometry in the State of Ohio.  He was also a member of A.B. Cole #80 American Legion and served on the Covington Board of Education.  George enjoyed rooting for his Covington Buccaneers, Ohio State Buckeyes, and enjoyed woodworking and was a fixer of many things.  He was a lover of people and never missed an opportunity to have fun with them.

A funeral service to celebrate his life will be held at 10:30 a.m. Tuesday, February 9, at Jackson-Sarver Funeral Home, 10 S. High St., Covington, with Rev. James Manuel officiating.  Burial with full military honors will follow in Friedens Cemetery, Bloomer.  Friends may call from 4-7 p.m. Monday, February 8, at the funeral home.  Memorial contributions may be made to The Barn Youth Ministry, P.O. Box 503, Pleasant Hill, OH 45359.  Online memories of Dr. Hall may be left for his family at jackson-sarver.com.

To order memorial trees or send flowers to the family in memory of Dr. George Hall, please visit our flower store.