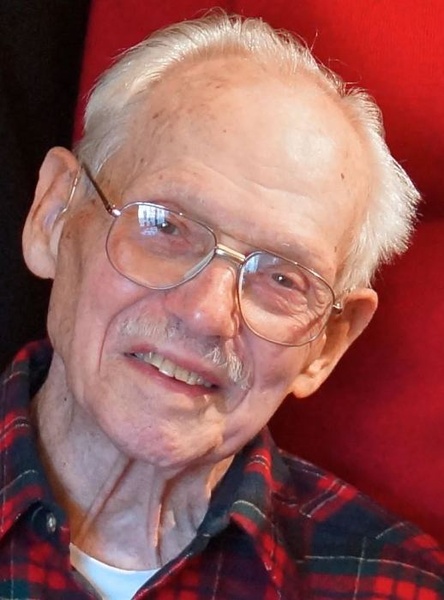 Ernest G. “Ernie” Martin, 88, of Greenville, formerly of Covington, passed away peacefully Monday, May 1, 2017, at the Versailles Health Care Center.  He served as a Staff Sergeant in the U.S. Air Force during the Korean War in Washington D.C. where he and Barbara resided, before returning home to Ohio to build their family and legacy.

Ernie was born January 9, 1929, in Irvington, Ohio, to the late Ernest L. and Pauline (Korns) Martin. Ever an adoring husband, he will be missed and remembered by his loving wife of over 67 years, Barbara A. (Helmer) Martin. The two met as teenagers, when Ernie would walk four miles each way, rain, snow or shine to see Barbara smile; theirs has been a story of enduring romance. A loving father, Ernie delighted in his two daughters, Cynthia and husband Howard Bowling of Tulsa, Okla., and Gail Martin of Tipp City. He was cherished and admired by his two grandchildren, Amanda Emhoolah and Ryan Bowling and his two great-grandchildren, Amber and Kobe. Ernie was beloved by his sister, Dolores and husband Tom Karns of Laura.  He was preceded in death by two brothers, Clyde and Jack Martin.

Ernie was a 1948 graduate of Newton High School, and sometime after his tenth birthday picked up a hammer that he wouldn’t let down until last summer. An American original and a tireless craftsman, he put his artistic eye to work building, repairing, and remodeling many of his neighbors’ homes as the owner and operator of Ernie Martin Floor Covering in Covington and was a handyman to many.

Funeral services will be conducted at 11 a.m. Monday, May 8, at Jackson-Sarver Funeral Home, 10 S. High St., Covington, with Dr. Keith Gebhart officiating.  Burial with full military honors will follow in Miami Memorial Park, Covington.  Visitation will be from 3-5 p.m. Sunday at the funeral home.  Memorial contributions may be made to American Legion Post #80, P.O. Box 33, Covington, OH 45318.  Online tributes may be left for the family at jackson-sarver.com.

To order memorial trees or send flowers to the family in memory of Ernest Martin, please visit our flower store.