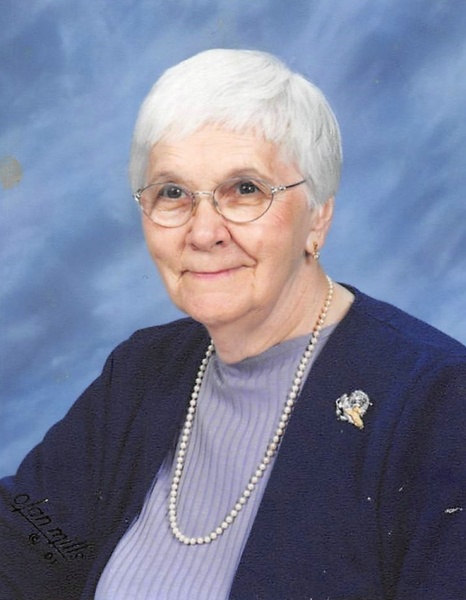 Evelyn M. Rhoades, 90, of Englewood, formerly of Troy and Covington, passed away Monday, November 7, 2016 at Grace Brethren Village, Englewood.  She was born July 17, 1926, in Dayton, to the late William Perry and Bertha Mae (Miller) Eby.  She was married to Robert E. Rhoades; he preceded her in death.

Mrs. Rhoades is survived by two daughters, Sheila (Martin) Thomas of Clayton and Betsy (Michael) McDermott of Dayton; and seven grandchildren.  She was preceded in death by her son, Craig Rhoades; two sisters; and three brothers.

Evelyn was a 1944 graduate of Trotwood High School and later graduated from Manchester College and Miami University.  She retired after many years as an elementary school teacher in Verona, Pleasant Hill, and Covington.  Evelyn enjoyed reading and attending her Bible studies and prayer groups at Ginghamsburg United Methodist Church, where she was a member for over 30 years.

Funeral services will be held at 1 p.m. Friday, November 11, at Ginghamsburg Church, 6759 S. Co. Rd. 25-A, Tipp City, with Pastor Chris Heckaman officiating.  Burial will follow in Miami Memorial Park, Covington.  Friends may call from 11 a.m. – 1 p.m. at the church.  Memorial contributions may be made to Hospice of Dayton.  Arrangements are in care of Jackson-Sarver Funeral Home, Covington.  Online tributes may be left for the family at jackson-sarver.com.

To order memorial trees or send flowers to the family in memory of Evelyn Rhoades, please visit our flower store.