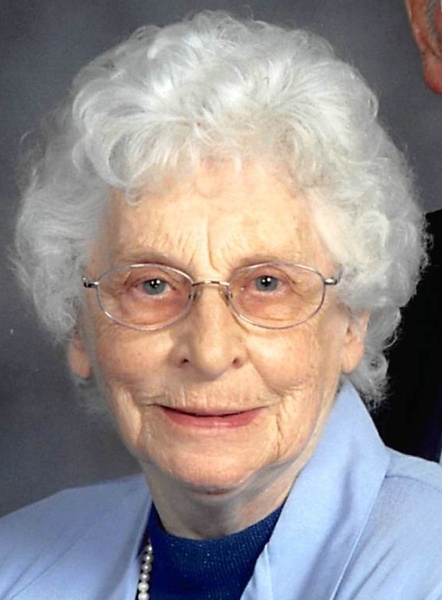 Frances was a 1946 graduate of Houston High School.  She worked at General Films and in the kitchen of Covington Elementary School.  Her best work however, was being a loving and devoted wife and mother, and an extraordinary homemaker.  She was a longtime member of St. John’s Lutheran Church in Covington.

Funeral services will be held at 11:30 a.m. Thursday, March 22, at Moore Funeral Home, 10 S. High St., Covington, with Pastor Stephen Nierman officiating.  Burial will follow in Miami Memorial Park, Covington.  Friends may call from 10-11:30 a.m. Thursday at the funeral home.  In lieu of flowers, memorial contributions may be made to Ohio’s Hospice of Miami County.  Online condolences may be left for Frances’ family at www.moorefh.com.

To order memorial trees or send flowers to the family in memory of Frances Leistner, please visit our flower store.