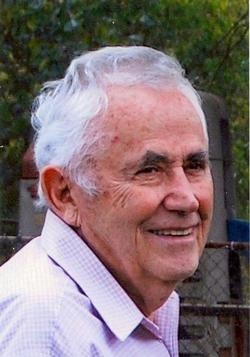 
LONGENDELPHER, George W. Age 92 of Troy, passed away Tuesday, December 28, 2010, at Caldwell House, Troy. He was born April 9, 1918, in Miami County, Ohio, to his parents George & Rosemarie (Fletcher) Longendelpher. He was preceded in death by his brother Glenn; sisters Vera Wise and Beulah Wray; daughter-in-law Jill Longendelpher. He is survived by his loving wife of 63 years Mary (Finfrock); son Mark Longendelpher of Troy; daughter and son-in-law Georgiana & Raymond Schwedhelm of Orlando, FL; grandchildren Renata Ray Schwedhelm and Daniel Mark Longendelpher; brothers Melvin Longendelpher of Greenville and James Longendelpher of Troy. George attended Concord High School and was an AAU record holding boxer. He served in the US Army in WWII from 1941- 1946. In 1944 he landed at Normandy and was engaged in the Battle of the Bulge. He retired from Hobart Corp. as a machinist after 42 years of service. He owned and operated Longendelpher Sweeper Shop in Troy for over 20 years. He was a member of the First United Church of Christ, American Legion Post 41, Troy, Senior Citizens Club in Troy. Funeral services will be held 1:00 PM Monday, January 3, at Jackson-Sarver Funeral Home, 10 S. High Street, Covington. Mr. Raymond G. Schwedhelm will officiate with interment following at Highland Cemetery, Covington. The family will receive friends and family from 11-1:00 PM Monday at the funeral home. In lieu of flowers, memorial contributions may be made to First United Church of Christ, 120 S. Market St., Troy.

To order memorial trees or send flowers to the family in memory of George Longendelpher, please visit our flower store.