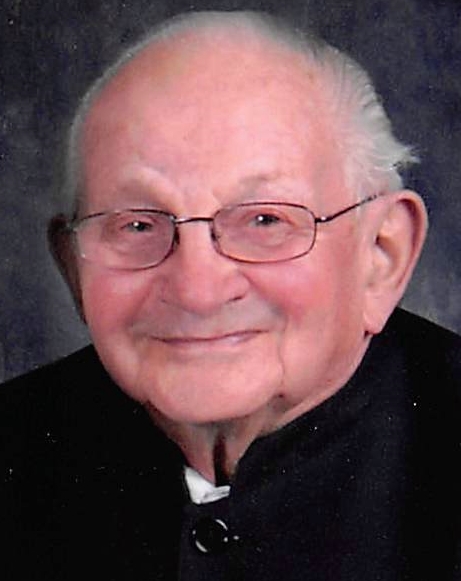 He answered the call of the Holy Spirit and, with his wife, was baptized into the Old German Baptist Brethren Church on May 12, 1957, and to his Lord he remained faithful.

Harold lived all his life on the farm and enjoyed working the soil and tending his sheep.  He was a 1942 graduate of Covington High School and retired from Hartzell Fan after 25 years of service.

Funeral services will be held at 1 p.m. Saturday, December 22, at the Old German Baptist Brethren Church, 6360 W. Farrington Rd., Covington.  Burial will follow in Highland Cemetery, Covington.  Friends may call from 9 a.m. – 12 p.m. Saturday at the church.  Memorial contributions may be made to Covington Fire & Rescue, 801 E. Broadway, Covington 45318; or Ohio’s Hospice of Miami County, P.O. Box 502, Troy 45373.  Arrangements are in care of Moore Funeral Home, Covington.  Online tributes may be left for the Angle family at www.moorefh.com.

To order memorial trees or send flowers to the family in memory of Harold Angle, please visit our flower store.