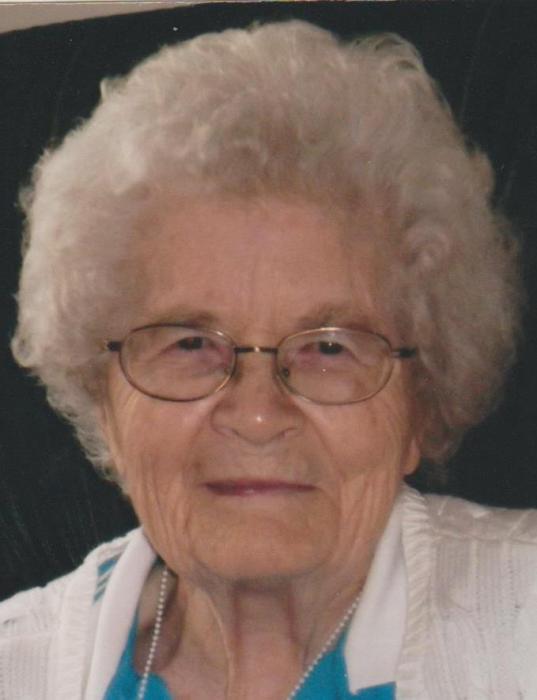 Irene Frances (Shaner) Maxwell passed on from this life to receive her reward on Wednesday, March 23, 2016, at Hospice of Miami County Inpatient Unit.  She was 91 years old.  She resided at Garbry Ridge Assisted Living the final years of her life.

Irene was born August 30, 1924, in Covington, the daughter of the late Virgil M. and Ida (Cavender) Shaner.  She was raised on the family farm in Houston, Ohio, with four brothers.  Two brothers are still living, Bert (Regina) Shaner and Paul (Gladys, deceased) Shaner, both of Piqua.  Two brothers are deceased, John (Patricia) Shaner, and Joe (Loveda) Shaner.

She married Walter Ray Maxwell on November 3, 1944, while he was on leave from the Navy prior to his departure to the South Pacific.  When he returned from the war, Walter built a house on the Maxwell farm on what was then known as the Dixie Highway, and they lived there for almost all of their married lives.  Through the influence of their neighbor, Cory Cooper, the young couple began to attend the Piqua Church of Christ.  In September 1954, they were baptized by James McCord and the church became the center of their lives.  They were very active in their church and many church activities were held at their home.  Visiting ministers and missionaries were always welcome guests.  Walter preceded her in death on June 29, 1979, when he drowned while camping in Michigan.

During her lifetime she worked at a number of places in the Piqua area.  She was employed at the Meteor  Motor Car Company, Lear Aviation, and the Orr Felt & Blanket Company.  She retired from Piqua Memorial Medical Center in 1988.

Irene was a devoted Christian, and until the final years of her life faithfully attended what is now called the Piqua Christian Church.

Funeral services to celebrate her life will be held at 5 p.m. Friday, March 25, at Piqua Christian Church, 3969 W. St. Rt. 185, Piqua, with Craig Martin officiating.  Visitation will be from 3-5 p.m. Friday at the church.  Private burial will be in Forest Hill Cemetery.  In lieu of flowers, memorial contributions may be made to the American Cancer Society or Hospice of Miami County.  Arrangements are in care of Jackson-Sarver Family Funeral Home, Covington.  Online memories of Irene may be left for her family at jackson-sarver.com.

To order memorial trees or send flowers to the family in memory of Irene Maxwell, please visit our flower store.