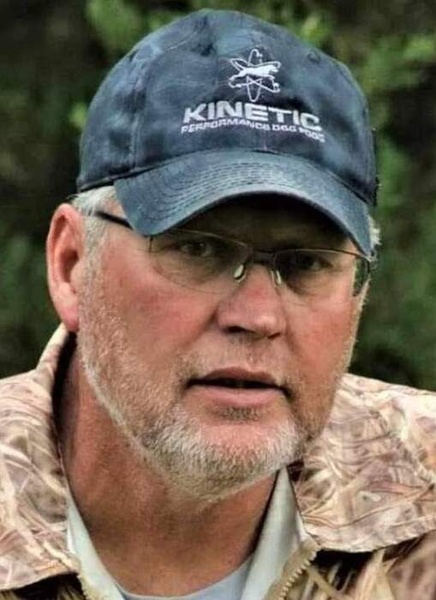 Jim was a 1978 graduate of Covington High School, was a dog trainer, and owned and operated Stillwater Kennels LLC. He also worked for Fitzwater Tree & Lawn Care. He was a member of House on the Rock Fellowship Church, Piqua, was a member of the Pro Staff of Kinetic Performance Dog Food, and was a founding member of the West Central Ohio Hunting Retriever Club (HRC). Jim also belonged to Inducky HRC, Hoosier HRC, the National HRC organization, and Ducks Unlimited.

A time to celebrate his life will be held on Monday, August 23, at Hemlock Sporting Association, 2020 Hemm Rd., Piqua. Visitation with the family will be from 10 a.m.-12 p.m. with social distancing practices requested. Memorial services will be held at 12:30 p.m., followed by a lunch served at 1 p.m., with a time to share stories and celebrate Jim. In lieu of flowers, memorial contributions may be made to the Hunting Retriever Club, with the notation ‘Youth Program-in memory of Jim Manson’, in care of HRC Treasurer Caroline Davis, P.O. Box 1471, Ocklawaha, FL 32179. Arrangements are in care of Moore Funeral Home, Covington. Online condolences may be left for the Manson family at www.moorefh.com.

To order memorial trees or send flowers to the family in memory of James "Jim" Manson, please visit our flower store.