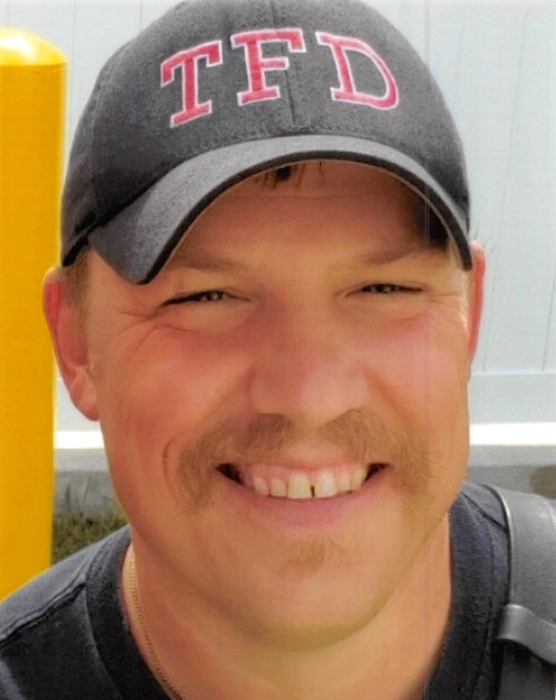 Jason will also be missed and remembered by his children, Josiah, Emerich, and Zoë Holfinger, all at home in Covington; his grandmother, Evelyn Holfinger of Covington; his father-in-law, David (Fawn) Couch; mother-in-law, Elise (Mark) Byers; brothers-in-law and sisters-in-law, Michael (Kimberly) Couch, Phillip (Bekah) Couch, Jordan (Rhiannon) Couch, and Matthew (Jordan) Couch; many nieces and nephews who adored him; lots of close friends; and his second family at the Troy Fire Department.  He was preceded in death by grandparents Robert Holfinger, Virginia and Charles Emerich, and Shirley Couch.

Jason was a 1998 graduate of Piqua High School and earned his fire science degree from Hocking College.  He served six years in the Ohio National Guard, and had served as a firefighter with the City of Troy Fire Department since 2013, where he was active on many special teams.

A funeral service will be held at 10 a.m. Thursday, July 19, at Koinos Christian Fellowship, 722 Grant St., Troy, with Pastor Jonathan Newman officiating.  Burial will follow in Miami Memorial Park, Covington.  Visitation will be from 3-8 p.m. Wednesday at Koinos Christian Fellowship.  Full honors during the services will be performed by the Miami County Firefighters Honor Guard.  Please, in lieu of flowers, memorial contributions may be made to a college fund to be set up for his children.  Arrangements are in care of Moore Funeral Home, Covington.  Online condolences may be left for the Holfinger family at www.moorefh.com.

To order memorial trees or send flowers to the family in memory of Jason Holfinger, please visit our flower store.