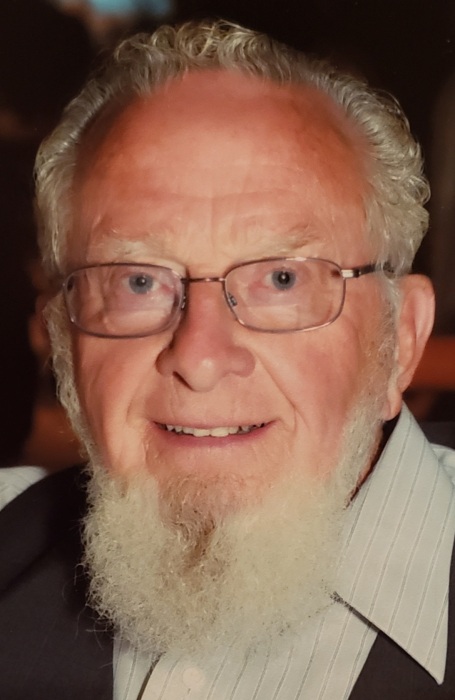 Joel Aaron Boone, son of Irvin Cline and Maggie (Bowman) Boone, was born in Franklin County, Virginia on February 14, 1933. He passed away peacefully, at his home, on October 28, 2020 at the age of 87 years.

Joe grew up as a Virginia farm boy, number 10 in a family of 14. He worked on the farm, doing chores, trapping, gigging frogs, and skinning squirrels. Joe went to Germantown School, through the 8th grade. He did his C.O. Service Work in Salem, Virginia, building bridges, working on roads, and plowing snow. Then in 1955, he moved to Ohio in pursuit of new adventures.

Joe married Eileen Frances (Fisher) of Covington on August 17, 1957. Together, they responded to the call of the Master and were baptized into the Old German Baptist Church on June 22, 1958. Soon after their baptism, Eileen became seriously ill and was taken to University Hospital in Columbus, Ohio. They had a stillborn son. Shortly afterwards, Joe had a vehicle accident, breaking his leg, on the way to visit Eileen in the hospital. Eileen passed away on September 22, 1958. The church fellowship and the Fisher family whole-heartedly supported Joe as he endured these hardships.

Joe then met Phyllis Jean (Hawbaker) of Franklin Co., Pennsylvania. They were married on June 25, 1960. This union of over 60 years was blessed with four sons: Terry, Todd, Trent, and Thane.

Joe was a faithful Bible reader and usually read to his family each evening at the supper table. The boys experienced reading through the entire Bible 2 or 3 times as they grew up. Joe and Phyllis enjoyed fellowship and district Bible studies with their Covington New Conference congregation.

Joe worked at Hobart Corporation, Bowman Electric, and F&M Contractors until he founded B-Electric in 1990. He loved to work and often moonlighted as an electrician in the evenings taking his boys along. In 1970, he fulfilled his dream of building his own home. Joe enjoyed working around the house and mowing yard.

Joe loved to travel, making many trips across the brotherhood, always insisting on staying with friends and family. He was blessed to be able to visit the land of Israel in 1999. In the fall of 2001, he and Phyllis were able to travel to England to visit a pen pal who first communicated with Eileen in grade school: Malcolm & Babs Butler and their daughter Laura Louise.

Joe loved to spend the winters in Homestead, Florida fellowshipping and entertaining guests. He always had a close connection with his grandchildren, often sharing candy, stories, jokes, and food. Everyone loved to go to Grandpa’s house.

The family will receive friends and family at the Covington Meeting House at 6360 Farrington Road, Covington, on Sunday, November 1, from 2-5 p.m. & 6-8 p.m. The funeral service will be held at the Meeting House on Monday, November 2 at 10 a.m. Burial will follow in Sugar Grove Cemetery.

We knew Dad’s time was short, due to his health the past year. Our last days with him were bittersweet not knowing how long he had. It was a blessing to spend as much time as we could with him in his latter days. Dad’s life and testimony was one of faith and courage in the face of seemingly insurmountable obstacles. As long as we can remember, Dad prayed “for a peaceful hour in which to exchange this life for that of eternity.” We praise God for granting his request.

Lord, we will miss Dad and look forward to the day when we will be reunited in your presence. Bless Your Holy Name.

To order memorial trees or send flowers to the family in memory of Joel Boone, please visit our flower store.