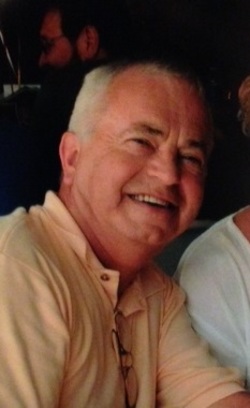 
POWELL, John A.
Age 68 of Covington, passed away Thursday, August 28, 2014, at his home. He was born July 28, 1946, in Piqua, Ohio, to his parents John D. & Wilma (Cool) Powell. John graduated from Covington High School class of 1964 and later attended the Dayton Art Institution. He worked as an engineer at Hobart and retired as an Architect Engineer of Operations for Good Samaritan Hospital. He served his country as a Military Police officer for the US Army, 9th Division, during the Vietnam War. He was a member of the VFW #6567 Mountain Top and a member of the Eagles Fraternal Order #3998, Covington. He love flying, camping, and boating on his pontoon at Grand Lake St. Marys. He loved his creativity and his artwork. He was a knowledgeable man of many words of wisdom. John will be missed and remembered by his loving wife of 15 years Cinderella (Cooper) Powell; children and their spouses Tiana & Martin Finfrock of Covington, Shane Long & Rachel Petke of Portland, OR, Kelly & Jenny Long of Covington, Josh & Libby Long of Covington, Ericka & Chris Reck of Union, Shannon & Frank Jennings of Newfoundland, Christopher Shane Powell of Covington; 15 grandchildren; mother Wilma Powell; sister Barbara & Chuck Fowler of Cape Coral, FL; brothers David T. & Sandy Powell of Covington, Dennis & Sheri Powell of Albuquerque, NM; numerous nieces and nephews. He was preceded in death by his father John. Funeral services will be held 10:30 AM Thursday, September 4, at Jackson-Sarver Funeral Home, 10 S. High Street, Covington, with interment following at Pleasant Hill Cemetery. The family will receive friends from 4-7 PM Wednesday at the funeral home. If so desired, memorial contributions may be made to the Disabled Veterans National Foundation, www.dvnf.org. Online memories may be left for the family at www.jackson-sarver.com


To order memorial trees or send flowers to the family in memory of John Powell, please visit our flower store.