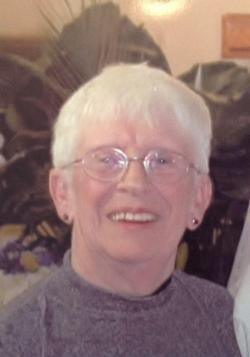 
RICE, Katherine Ruth Age 83, of Covington, passed away Saturday, February 9, 2013, at Upper Valley Medical Center. She was born June 21, 1929, in Durham, Ontario, Canada, to her parents Elmer & Ruth (Miller) Trafford. She graduated from Durham High School and attended the Northern Business College of Owen Sound, attaining an Executive Secretary certificate. Following her schooling, she went to work for the Ontario Department of Highways. She later worked for Kelvinator of Canada as an executive secretary where her employer requested for her to move to the Stolle Corporation in Sidney in 1956. On June 14, 1958, she married Donald Rice and together they shared a life for 54 years. When her husband was finishing his residency in Denver, Colorado, she worked at Continental Airlines as an executive secretary and unofficially approved the food to be served to airline passengers. In the early 60's, they moved to Covington, Ohio, and established a new medical practice D.W. Rice MD. She was preceded in death by her husband Donald W. Rice; brothers Harold Trafford, Patrick Trafford, Gilbert Trafford; sister Lucille Cutting. She will be missed and remembered by her sons and daughter-in-law Steven & Gina Rice of Beavercreek, Eric Rice of Troy; granddaughter Angeline Catherine Rice; brother and sister-in-law Eric "Bud" & Yolande Trafford of Ottawa, Ontario, Canada. Services will be held 6:30 PM Tuesday, February 12, at Jackson-Sarver Funeral Home, 10 S. High Street, Covington, with Pastor James Van Zile officiating. The family will receive friends from 5-6:30 PM Tuesday at the funeral home. If so desired memorial contributions may be made to American Cancer Society or Boy Scout of America. Online memories may be left for the family at www.jackson-sarver.com

To order memorial trees or send flowers to the family in memory of Katherine Rice, please visit our flower store.