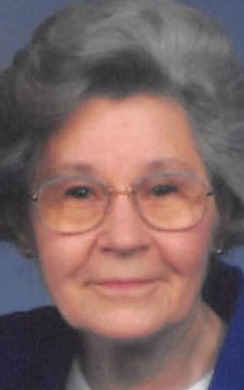 Louise will be missed and remembered by two daughters, Rebecca (Richard) Brinkman of Troy, and Rhonda (Ted) Daniel of Fort Loramie; nine grandchildren; 13 great-grandchildren; and a son-in-law, Dennis Drieling of Ludlow Falls.  She was preceded in death by her daughter, Regina Drieling in 2016; a brother, Robert Holfinger; and two sisters, Dorothy Kerr and Elizabeth Stockstill.

Mrs. Gibboney was a 1944 graduate of Newton High School and was a lifelong homemaker.

Private graveside services will be conducted on Wednesday, February 28, with burial to follow in Miami Memorial Park, Covington.  In lieu of flowers, memorial contributions may be made to Hospice of Miami County, P.O. Box 502, Troy, OH 45373.  Arrangements are in care of Moore Funeral Home, Covington.  Online condolences may be sent to the Gibboney family at www.moorefh.com.

To order memorial trees or send flowers to the family in memory of Louise Gibboney, please visit our flower store.