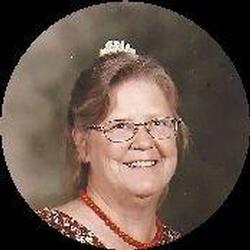 
Mary Alice (McCarty) DiPadova 59 of Piqua peacefully passed away in her home on Tuesday February 14, 2012. She was born in Piqua on April 28, 1952 to Harold & Helen (Fries) McCarty. Before she went to be with the lord, Mary grew up in the Piqua-Covington area, but spent a great deal of time living in Long Beach, California. It was there she met her sweetheart, the love of her life Tony DiPadova. They were married in 1981 after they moved back to Ohio to be closer to Mary's family. She was a beloved sister and Aunt to a very large family. She will be sadly missed by sisters, Sandra Beckstedt, Delores Blackburn, and brothers, Sonny and Dan McCarty all of Piqua and her brother Rick McCarty of California. She had a step-daughter, Antonella DiPadova of Italy and 5 Step-grandchildren. She will also be loved and remembered as an ornery Aunt by more than 100 nieces and nephews. Her life was devoted to all of her family, but her most enjoyment in her final days came from her time spent with her special niece Madesan. She was preceded in death by her parents, her husband, a sister Karen Iddings and two brothers Randy and Fred McCarty and stepson Ferdinando DiPadova. Mary enjoyed working in her gardens and enjoyed collecting nut-cracker figures. She was a treasure hunter and very creative, she loved to make something new out of something old. Her family and friends will gather to celebrate her life at a graveside service on Friday February 17, 2012 at 11am in the Miami Memorial Park Cemetery with Pastor Mark Hina officiating. Contributions if so desired can be made to the family or to the American Cancer Society in her memory. The Jackson-Sarver Funeral Home of Covington is entrusted with the arrangements.

To order memorial trees or send flowers to the family in memory of Mary DiPadova, please visit our flower store.