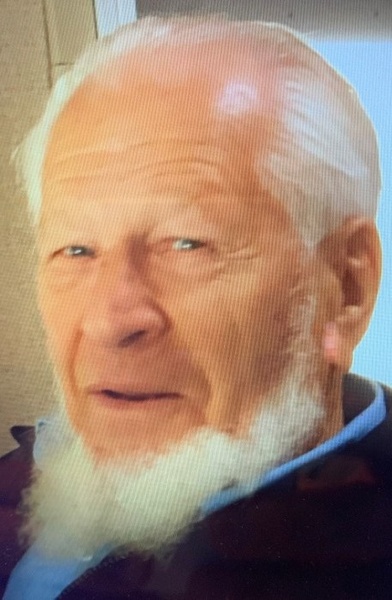 FISHER, Melvin Lester, son of Lester Rudolph and Elsie Mae (Mohler) Fisher, was born September 2, 1930 at home near Covington, Miami County, Ohio. He peacefully departed this life for his heavenly home on August 22, 2019 at the age of 88 years, 11 months, and 11 days.

On November 25, 1950, during a blizzard, he was united in marriage to Virginia Mae Hopkins of Noblesville, Indiana, at the home of her parents, by Elder Herman Shuman. To this union were born 8 children. Realizing their need of a Savior and what their redemption cost at Calvary, they were baptized together on July 1, 1951, fellowshipping with the Old German Baptist Brethren church until his death.

Dad grew up on a farm with 3 sisters on Farrington Road, and early in life remembers helping his Grandfather carry bricks to the old schoolhouse, driving teams of horses, and helping the threshing crews with harvest. In 1945, he moved with his parents to the farm on Route 41, where he spent the remaining days of his life. Through sorrows and joys, Dad and Mother lovingly labored together milking dairy cows, raising tobacco and other crops, and most importantly, spending time with their children reading God’s word and teaching them to honor and serve the Lord.

Dad enjoyed visiting with others and never knew a stranger. He was very jovial and lightened many hearts with his humor and good nature. He enjoyed fishing, mushroom hunting, tending his apple orchard, gardening, and spent many hours watching the purple martins who came back year after year. He was always quick to help his neighbors and community in their time of need. Dad often stated “The Lord knoweth them that are His.”

In 2014, Dad suffered a right hemispheric stroke which affected his left side. Surgical intervention of the right carotid artery blessed him with several more joyous years. In 2017, after several more strokes, dementia begin eroding his mind, slowly weakening him. Two months prior to his death, his mind quickly deteriorated. The family lovingly cared for him in his home, and eventually placed him in the care of Hospice at UVMC due to his extensive needs.

Surviving are his loving companion of 68 years, his children and their spouses: Sheryl Klepinger of Huber Heights, Gail and Rodney Long, Doug and Carol Fisher, Susan Adkins, all of Covington, David and Karen Fisher of Hughson, CA., Keith and Yvonne Fisher of Pleasant Hill, and Roland Fisher of Covington; two sisters, Pauline and Alva Landes of Covington and Lois Garber of Eaton; 33 grandchildren, 53 great-grandchildren, and 3 great-great-grandchildren; brothers-in-law and sisters-in-law, Joel and Phyllis Boone, Barbara and Roy McGee, Marilyn and Eldon Ladd, and Betty Hopkins.

He was preceded in death by his Parents; a son, Blake Wayne Fisher; a son-in-law, Roger Adkins; a grandson, two great-grandchildren; a sister, Eileen Boone; and in-laws, Paul Garber, Marshall and Betty Hopkins, Wayne and Donna Renicker, and Dennis Hopkins.

Funeral services will be held at 10 a.m. Monday, August 26, at the Old German Baptist Brethren Church, 6360 Farrington Rd., Covington.  Burial will follow in Sugar Grove Cemetery.  Friends may call from 2-5 & 6-8 p.m. Sunday at the church.  In lieu of flowers, memorial contributions may be made to Hospice of Miami County.  Arrangements are in care of Moore Funeral Home, Covington.  Online condolences may be left for the Fisher family at www.moorefh.com.

To order memorial trees or send flowers to the family in memory of Melvin Fisher, please visit our flower store.