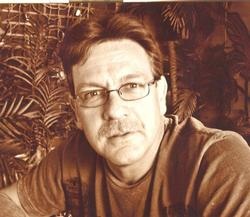 
BUNDY, Michael Age 51, passed away Tuesday, September 24, 2012, at his Troy home. He was born November 26, 1960, in Troy, Ohio, to his parents Anthony & Vesta (Ross) Bundy who survive him. Mike graduated from Covington High School Class of 1979, and worked at Tony's Body Shop and Service as an auto mechanic. He will be missed and remembered by his loving wife Kim (Murphy) Bundy; daughters and son-in-law Heather & Evan Schwartz of Piqua, Jackie Iverson of Troy; granddaughter Averie; brother and sister-in-law Dale & Peg Bundy of Covington; sisters and brothers-in-law Brenda & Gary Lehman of Troy, Susan & Gary Homan of Houston; numerous nieces and nephews. He was preceded in death by his son Randy Hess. Funeral services for Mike will be held 10:30 AM Friday, September 28, at Jackson-Sarver Funeral Home, 10 S. High Street, Covington. Pastor John Shelton will officiate with interment following at Highland Cemetery. The family will receive friends from 4-7 PM Thursday at the funeral home. If so desired, memorial contributions may be made to Hospice of Miami County or the American Diabetes's Association. Online memories may be left for the family at www.jackson-sarver.com

To order memorial trees or send flowers to the family in memory of Michael Bundy, please visit our flower store.