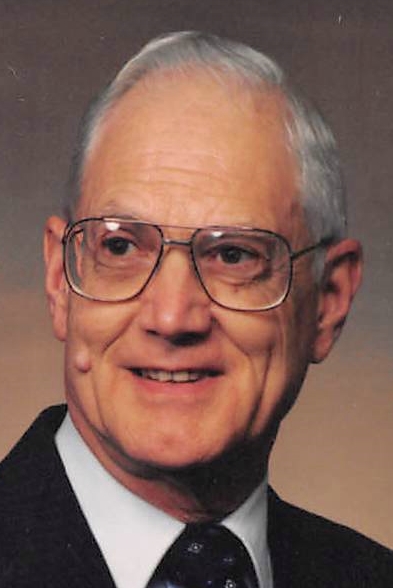 Orva Lavon Armacost, originally from Findlay, Ohio for 86 years, and for the last 10 years a resident of Stillwater Care Center, Covington, Ohio, went to be with the Lord on October 9, 2020 at the age of 96 at the Upper Valley Medical Center. He was born March 19, 1924, in Findlay, to the late Joseph Elwood and Ethel Mae (Noggle) Armacost. He was married on October 7, 1945 to Martha Mae (Brown) and they had 53 years of marriage until her passing in January 1998.

Orva graduated from Findlay High School, Class of 1942. He worked 28 years for Garwood Industries a part of Buckeye Tractor Ditcher, and for 19 years for Centrex Corporation as a purchasing agent in Findlay, Ohio. He was a member of the Free and Accepted Masons Lodge #227 and Royal Arch Chapter #58 of Findlay. He was also the former treasurer of the Blanchard Valley Chapter 1181 of AARP in Findlay.

Orva enjoyed his family, grandchildren and great-grandchildren. He loved gardening, bird watching, and in younger years tinkering around the house trying to fix up something to work better with his thoughts and ideas on improving the matter. He was a devoted husband and father.

Private services will be held at Moore Funeral Home, Covington, Ohio, with Pastor Ralph Schaafsma officiating. Private burial will follow in Maple Grove Cemetery, Findlay. In lieu of flowers, memorial contributions may be made the Activity Department of Stillwater Care Center, 75 Mote Dr., Covington, OH 45318. Online condolences may be left for the family at www.moorefh.com.

To order memorial trees or send flowers to the family in memory of Orva Armacost, please visit our flower store.