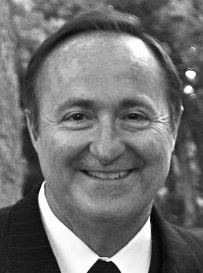 On Thursday, February 28th, a week after a memorable birthday celebration, Philip A. “Tony” Ciriegio passed away with his wife of almost 40 years, Wendy Galloway Ciriegio, by his side. Tony loved being around his family and friends. Those who knew him well usually found him grinning. He was happiest when surrounded by his three daughters, Laura, Carolyn, and Sarah, and, of course, the love of his life, Wendy. His newest joys were his grandchildren, Brooklyn, Cate, and Owen.

Born on February 20th, 1955 in Piqua, Ohio to Philip and Fannie Ciriegio, Tony grew up testing his father’s patience, doing no wrong in his mother’s eyes, and earning the affection of his older sister Sylvia. His younger days in Piqua were almost always spent near a playing field or with his best friends, who mostly helped keep him out of trouble, except when he wrecked his Nova. Tony also spent a lot of time with his large Italian family, including many special aunts, uncles, and cousins.

Tony attended The College of Wooster where he made lifelong friends, but, most importantly, met Wendy. It was his most successful sales pitch--even though it took extra negotiating with his father-in-law. Tony and Wendy built a life in Covington, Ohio while Tony established a successful 28-year career at Agfa as a sales executive. Before weekends were devoted to volleyball, basketball, and softball games for the girls, he enjoyed spending time with his family at Lake Erie and, most importantly, taking his favorite uncle fishing on Tony’s Boston Whaler, “Pigboat.” Tony’s fishing days with Uncle Shorty were second only to those spent with Scot, Wendy’s brother or Junior, as Tony called him.

Tony secretly hoped that one of his daughters would follow in his footsteps by attending Wooster. To his delight, all three attended and met their husbands during their time at Wooster. Tony was excited to welcome son-in-laws Dan, Chris, and Adam into the family since he was always outnumbered by women, but was also pleased to have more sports fans for watching football, golf, and racing.

Tony reached his lifelong goal to retire at 55 and enjoyed golfing, watching Betsy's sons, his great nephews, Austin and Kyle, and traveling to visit the girls. Tony's retirement was cut short by the new job of managing a diagnosis of young onset Alzheimer’s in 2011 at age 56. While the disease brought challenges every day, it created a renewed focus of the importance of family and being grateful for the good things in life. In spite of the disease, Tony celebrated Carolyn’s marriage, helped welcome his first grandchild, and gave Adam permission to marry Sarah. Tony continued to travel, making a trip to celebrate his nephew, Jamie’s wedding, and making a last visit to his favorite vacation spot, Pine Lake, Wisconsin in 2015. Early in the disease, Tony and Wendy enjoyed volunteering at St. James, spending weekends with the girls, listening to music, and walking as much as possible at local parks – always on the lookout for unique birds.

The last two and a half years of Tony’s life were spent at the Ganzhorn Suites in Columbus, with a passionate and dedicated staff who, not surprisingly, loved Tony as if he were family. Nicknamed "the smiley guy," Tony rarely went a day without seeing a member of his family and found visits from his grandchildren especially meaningful. The Ganzhorn staff gave Tony and his family quality time together and a second home in Columbus.

Tony will be remembered for his infectious smile, his fierce love for his family, and his never-ending devotion to Wendy. A service and celebration of life will be held at 11:00 a.m. on Saturday, March 23rd at St. James Episcopal Church, 200 High Street, Piqua, Ohio, followed by a luncheon. In lieu of flowers, memorial contributions may be made to a scholarship fund of your choice, or to the Alzheimer’s Association to help further research, awareness, and advocacy.

To order memorial trees or send flowers to the family in memory of Philip "Tony" Ciriegio, please visit our flower store.