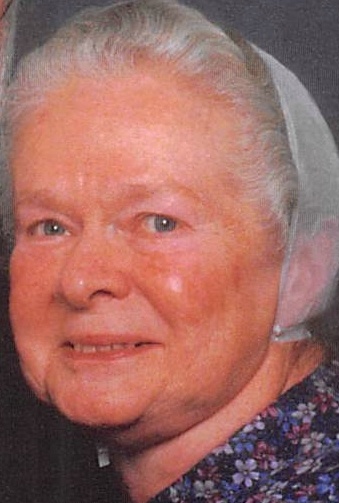 Reva C. (Bowman) Benedict, 87, a resident of the Brethren Retirement Community, Greenville, and formerly of Union City, OH, passed away Friday, September 21, 2018.  She was born May 17, 1931, in Covington, to the late Ivan and Ethel Bowman.  She married Frederick W. Benedict who preceded her in death on February 20, 2011.

Reva was a 1949 graduate of Newton High School and was a homemaker.  She was a member of the Old German Baptist Brethren Church, Shady Grove District, Union City.

Funeral services will be held at 10 a.m. Tuesday, September 25, at the Old German Baptist Brethren Church, 1887 Beamsville-Union City Rd., Union City.  Interment will be in Sugar Grove Cemetery, Covington.  Friends may call from 4-8 p.m. Monday at Moore Funeral Home, 10 S. High St., Covington.  If so desired, memorial contributions may be made to the Brethren Retirement Community.  Online condolences may be left for the family at www.moorefh.com.

To order memorial trees or send flowers to the family in memory of Reva Benedict, please visit our flower store.