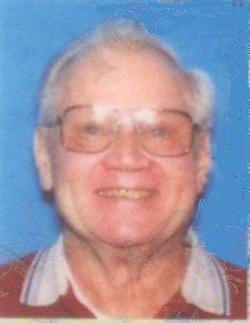 
Age 81, formerly of Tipp City, went to be with the Lord Wednesday, June 1, 2011, at SpringMeade Health Center, Tipp City. He was born January 18, 1930, in Champaign County, to his parents Millard Hopkins and Gliddia (Baer) Murphy. He was a member of the Piqua Church of the Brethren as well as a life member of the American Legion and VFW Post of Covington. He was a member of the New England Teamsters and a long time truck driver for Carolina Freight Carriers. Robert was discharged from the US Army in 1950 after serving two years of foreign services in Japan. He was preceded in death by his sisters Evelyn Kiefer and Edith Milner; brothers Carl, Jim, and Norman. He is survived by his sister Cora Etta Walters of Tipp City; brothers Richard (Helen) Murphy of Piqua and Patrick ?Pat? (Phyllis) Murphy of Rapid City, SD; several nieces and nephews; special friend Arlene Murphy; and many extended family and friends. To his longtime friends and family he was just known at ?Bob?. He was a loyal and caring brother, uncle, and friend to those he held dear to his heart. A very special thank you to all the nurses, faculty and staff at SpringMeade for making Bob?s stay so wonderful. Funeral services will be held 2:00 PM Friday, June 3, at Jackson-Sarver Funeral Home, 10 S. High St, Covington. Interment will follow at Miami Memorial Park Cemetery. The family will receive friends from 1-2 PM Friday at the funeral home. In lieu of flowers, memorial contributions may be made SpringMeade Retirement Center.

To order memorial trees or send flowers to the family in memory of Robert Murphy, please visit our flower store.