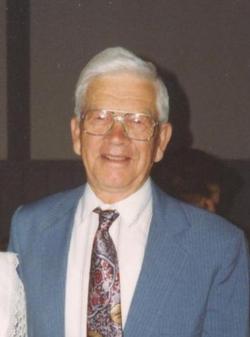 
SHELLABARGER, Robert E. Age 98, of Covington, passed away Thursday, August 4, 2011, at Caldwell House in Troy. He was born March 24, 1913, in Newberry Township, to his parents Homer & Minnie (McMaken) Shellabarger. Bob graduated from Covington High School Class of 1933. He was a retired farmer and drove a school bus for Covington Schools for 33 years. Following retirement, Bob enjoyed spending time at his Palmetto, FL, home. He was preceded in death by his loving wife Hazel Marie (Brumbaugh) in 1999; his parents; and his step-mother Audrey (Grubb) Shellabarger. He will be missed by his sister-in-law Naomi Brumbaugh; niece Joanna Vance (Elwood); nephew Richard Brumbaugh (Marla); Reba Warner, who cared for` Bob for the last 4 years; and many cousins, extended family and friends. The family would like to thank Bonnie and the Acclaim Hospice Team and the nurses at the Caldwell House for the special care they gave to Bob during his illness. Funeral services will be held 10:30 AM Monday, August 8, at Jackson-Sarver Family Funeral Home, 10 S. High Street, Covington. Pastor Michael Yingst and Pastor Bill Cornett will officiate with interment following at Highland Cemetery, Covington. The family will receive friends from 2-5 PM Sunday and 9:30-10:30AM Monday at the funeral home. If so desired, memorial contributions may be made to Acclaim Hospice or the Covington Church of the Brethren. Online memories may be left for the family at www.jackson-sarver.com

To order memorial trees or send flowers to the family in memory of Robert Shellabarger, please visit our flower store.