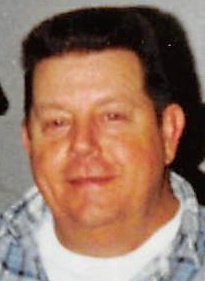 ‘Reebie’, as he was known by many, grew up in Bradford and attended Bradford schools.  He was a truck driver and dock worker for 30 years for the former OK Trucking of Cincinnati, and was a member of Immaculate Conception Catholic Church in Bradford.  Bob enjoyed cars and driving in parades with his truck and Minneapolis-Moline tractors.

A funeral service will be held at 2 p.m. Thursday, February 15, at Moore Funeral Home, 10 S. High St., Covington, with Rev. James Duell officiating.  Burial will follow in Miami Memorial Park.  Friends may call from 12-2 p.m. Thursday at the funeral home.  Online condolences may be sent to the Simon family at www.moorefh.com.  Memorial contributions in Bob’s name may be made to Ohio’s Hospice of Miami County, P.O. Box 502, Troy, OH 45373.  The family would also like to thank Covington Care Center and Upper Valley Medical Center for their care of Bob.

To order memorial trees or send flowers to the family in memory of Robert Simon Sr., please visit our flower store.