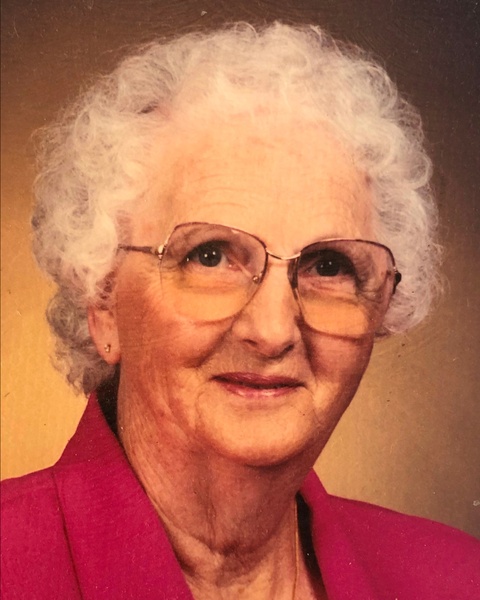 Roverta Ellen Sherry, 93, formerly of Piqua, passed away Sunday, July 3, 2022, at Koester Pavilion, Troy. She was born December 20, 1928, in Piqua, to the late Emery and Lulu Mae (Palsgrove) Brumbaugh. On May 24, 1947, at Friedens Lutheran Church near Bloomer, Roverta married Garland Ray Sherry; he preceded her in death on May 3, 2002.

She will be missed and remembered by her three sons and daughters-in-law, Lee (Carol) Sherry of Temple, Texas, Vincent (Vicki) Sherry of Covington, and George (Sandy) Sherry of Covington; two grandsons, Noah Sherry (Vella Williams) and Ray Sherry (Brittany Dillion); four great-grandchildren, Ethan & Karmeryn Sherry, Rylee Dillion, and Langston Williams-Sherry; and a great-great-grandson, Elliot Pearson-Sherry. She was preceded in death by her siblings, Karl Brumbaugh and Ruth Denn.

Roverta was a member of the Madison Ave. First Church of God in Piqua and the former Eastern Star in Versailles. She retired from Joint Hospital Services and enjoyed playing Bingo.

Funeral services will be held at 11 a.m. Thursday, July 7, at Moore Funeral Home, 10 S. High St., Covington, with Pastor Scott Stremmel officiating. Burial will follow in Greenlawn Cemetery, Versailles. Friends may visit from 10-11 a.m. Thursday at the funeral home. In lieu of flowers, memorial contributions may be made to Ohio’s Hospice of Miami County. Online condolences may be left for the Sherry family at www.moorefh.com.

To order memorial trees or send flowers to the family in memory of Roverta Sherry, please visit our flower store.