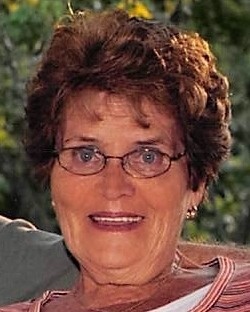 She will be missed and remembered by her children and their spouses, Tonya (Scott) Thompson, Mike (Jane) Manson, Garry (Karen) Manson, Cindy (Les) Stacy, Tom (Jackie) Manson and Scott (Kyla) Manson, all of Covington; son-in-law Nate Sargent of Bradford; daughter-in-law Diane Manson of Covington; 22 grandchildren; 29 great-grandchildren; two great-great-granddaughters; and a sister, Betty Ludwig of Farmland, Ind. She was preceded in death by a daughter, Chris Sargent; a son, Jim Manson; four sisters; and two brothers.

Ruth was a lifelong homemaker and had also worked for the former Miami County Dairy and Stanley. She enjoyed watching sports, especially her grandchildren’s activities, and was an avid fan of the Ohio State Buckeyes and Cincinnati Reds.

A gathering of family and friends will be held from 2-5 p.m. Sunday, October 9, at her daughter Cindy’s home, 9880 W. Covington-Gettysburg Rd., Covington. In lieu of flowers, memorial contributions may be made to Ohio’s Hospice of Miami County, P.O. Box 502, Troy, OH 45373. Arrangements are in care of Moore Funeral Home, Covington. Online condolences may be left for the Manson family at www.moorefh.com.

To order memorial trees or send flowers to the family in memory of Ruth Manson, please visit our flower store.