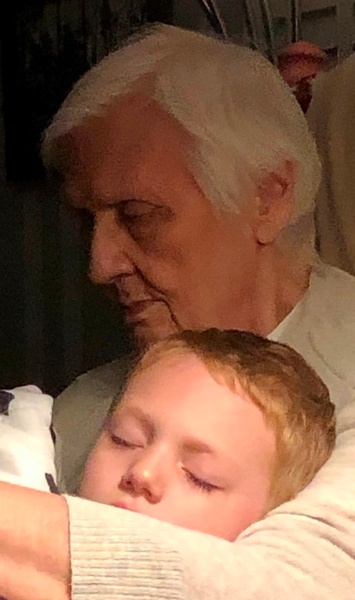 Sally V. (Whitmer) Taulbee, 84, of Pleasant Hill, passed away Monday, March 1, 2021, at her residence. She was born September 2, 1936, in Delta, Ohio, to the late Charles Whitmer and the late Hilda (Johnston) Whitmer Paskan. She was also preceded in death by her stepfather, Andrew Paskan. She married Darrel Taulbee; he preceded her in death in 1994.

She will be missed and remembered by her daughter, Lucinda “Cindy” Perry of Pleasant Hill, her son, Ron Hogrefe of Xenia; a brother, Mike Paskan of Wauseon, five grandchildren; 16 great-grandchildren; and one great-great-grandson. She was preceded in death by brothers Hearl and Neil Whitmer; and her daughter, Kim Hogrefe.

Sally was a graduate of Delta High School and worked in manufacturing for several companies. She was a member of the Eagles, VFW Auxiliary, and Red Hat Society. She enjoyed playing bingo, arts and crafts, was an avid reader, and loved spending time with her family and friends.

Private graveside services and burial will be held at a later date at Greenlawn Cemetery, Delta. In lieu of flowers, memorial contributions may be made to the American Cancer Society, P.O. Box 22478, Oklahoma City, OK 73123. Arrangements are in care of Moore Funeral Home, Covington. Online condolences may be left for the family at www.moorefh.com.

To order memorial trees or send flowers to the family in memory of Sally Taulbee, please visit our flower store.