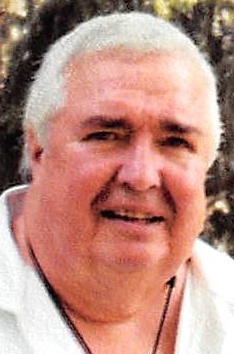 Thomas Carl Graham, 68, of Covington, son of Carl F. & Edna (Wise) Graham was born in Miami County on December 19, 1951. He departed this life on Monday, October 26, 2020, of natural causes at his home. On December 17, 1977, he was united in marriage to the love of his life, Naomi (Flora) Graham; she preceded him in death on May 27, 2000. In addition to his parents and his wife, he was preceded in death by his grandparents, Ferman and Thelma Wise.

Tom is survived by his sisters, Linda Jenkins of Covington, and Loretta (Thomas) Donnelly of Versailles; nephew Steven (Karen) Bancroft of Gilbert, AZ and niece Heather (Stanford) Hirata of Roseville, CA; and several great-nieces and nephews.

Tom was born and raised in Covington, and lived with his sister Linda in Arizona for a time. He attended barber college in Columbus and was a self-employed barber for many years. He owned and operated Graham’s Barber Shop across from the former Terry’s Cafeteria on Greene Street in Piqua for many years. He loved fishing and the outdoors, and even held a record for the largest monster catfish in the state of Ohio. Tom even wrote a book about monster catfishing. He will be greatly missed by all who knew him.

Funeral services will be held at 10 a.m. Saturday, October 31, at Moore Funeral Home, 10 S. High St., Covington. Burial will follow in Miami Memorial Park. Visitation will be from 5-7 p.m. Friday at the funeral home. Memorial contributions may be made to Friendship Grace Brethren Church, 5850 W. St. Rt. 41, Covington, OH 45318. Online condolences may be left for the family at www.moorefh.com.

To order memorial trees or send flowers to the family in memory of Thomas Graham, please visit our flower store.