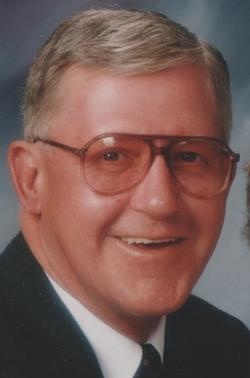 Bill will also be missed and remembered by two daughters and sons-in-law, Anita & Steve Daniel of Covington and Becky & Matt Ryan of Houston; seven grandchildren, Justin, Brittany, Matt, Danielle, Ashley, Caitlin, and Hallie; and two great-grandchildren, Kyle and Savannah. He was preceded in death by a granddaughter, Sarah Jayne.

Bill was a 1959 graduate of Houston High School and served in the U.S. Army for 12 years. He began working with his father in the excavating business until starting his own company, Rauch Excavating. Bill was a longtime member of the Piqua Lions Club, having served as Lions District Governor. He enjoyed golf, trapshooting, and spending his winters in Florida.

Funeral services will be conducted at 5 p.m. Saturday, March 14, at Jackson-Sarver Family Funeral Home, 10 S. High St., Covington. Pastor Harry Peterson will officiate, with military honors to follow. Friends may call from 3-5 p.m. Saturday at the funeral home. Memorial contributions may be made to the Miami County Animal Shelter, 1110 N. Co. Rd. 25-A, Troy, OH 45373. Memories of Bill may be left online for his family at jackson-sarver.com.

To order memorial trees or send flowers to the family in memory of William Rauch, please visit our flower store.